What Could We Be?

Home FamilyWhat Could We Be?

What Could We Be?

There are times in every family where relationships get difficult. Sometimes it’s the whole family unit, but often it’s two people in the family who have difficultly. When things are difficult often at least one of the people tend to feel like giving up, giving in or just accepting that this is “just how it will be”. When there is frustration or futility, I’ve found the following exercise to be a great tool.

The tool is called “re-envisioning our relationship”. The way it works is you take some time aside, by yourself with a notebook and pen (or a computer) and start imagining the relationship without the presence of sin or selfishness. What I mean is what would this relationship look like if it were operating the way God designed it to operate? As you contemplate the questions start writing. Don’t write about a generic relationship but write specifically about the relationship with that person. What qualities do they have that if they weren’t buried under sin and brokenness would come out and be beautiful? What aspects of their personality could be so powerful if they weren’t corrupted by sin? How would the two of you converse if there wasn’t the presence of whatever it is that’s causing the pain right now? For example, if I wasn’t concerned about saving face or winning the argument, how would I talk? Take the time to really think about what they would be AND what you would be.

One aspect of this exercise that will happen is you’ll begin to believe the best or at least better about the person. When things are difficult we tend to only see the bad, the pain, the fear all of the stuff that taints and corrupts all the good. This tool allows us to at least begin to see the potential in the other person and the potential in the relationship which will already help you make progress.

While changing our mindset will begin to move things forward, this tool is typically not enough for change to occur. However, this tool becomes the fuel and motivation needed to move forward. And this tool also can help you pinpoint some of the behaviors in you (and even in the other person) that are currently getting in the way. This will hopefully be a helpful thing to bring to a counselor or third party that could help you grow. If we don’t see the picture of what our relationship could look like, we often aren’t motivated to even seek counsel or help. But once we get a clear picture of what our relationship could actually be, we become more passionate and hopeful that change is possible. Depending on how long the difficultly has been present, will often determine the amount of time and work will be required to learn and acclimate to new behaviors and ways of interacting. But the pure picture is what you’ll need when you’re tempted to give up, give in or accept that it will always be — God has more for you – don’t miss it! 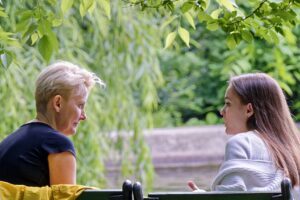 Lately, I’ve found myself in a number of environments where[...]

Why Aren’t We Growing?

It was year eight at my current church. We had[...] 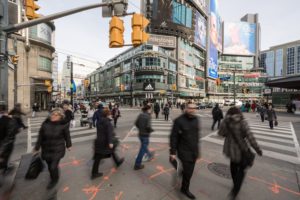 When I was growing up one of the big things[...]