Is the Bible Your Authority?

Home FaithIs the Bible Your Authority?

Is the Bible Your Authority?

We live in a culture that has unfortunately made the Bible either on an equal level with any other piece of information or in some cases less than. However, without the Bible we are left essentially without a reliable source of authority. Even among those who believe in the Bible, many often make themselves the authority and choose to follow only the parts of the Bible that they agree with. If you and I are the authority we are on shakey ground. For example think about yourself 20 years ago or even 10 years ago – remember what you believed, what you thought was important and what decisions you made. Now think of yourself today, any changes? Would you do anything differently? Do you see things today that you didn’t see back then? If it’s me, I would say 42 year old me thinks 32 year old me was lacking in lots of areas and don’t even get me started on 22 year old me. The point is if I’m my own authority I am likely to not know what I need to know and I’m likely to make decisions that I’ll regret or at least will be less than wise. Without a reliable, stable, unchanging authority (how most of the world lives – Christian or non-Christian) I am far from in a good place.
So in order for the Bible to become my authority I need to read it. I need to take time to understand it’s meaning in context and become adept at applying it’s Truth to my life and circumstances. The Bible is not beyond questioning and welcomes all who would ask hard questions about it. In fact there have been many former atheists and agnostics who have set out to prove the Bible false and have come up lacking. In fact most that I’ve heard about who did the research and wrestled with the hard questions actually came to a point of believing in Jesus and adopting the Bible as thier sole authority in life!! So once the hard work of personal investigation is completed one must make the choice allowing the Bible to have it’s proper place of authority. This means you and I may wrestle with it’s meaning and specifically it’s application to certain situations but having the Bible as authority means we trust it’s wisdom and direction regardless of whether or not we agree with it. And we trust it enough to actually live differently.
This lifestyle is not popular nor the norm (unfortunately even among many Christians). You and I may even face persecution or isolation because of this stand. But it’s those who choose to build thier house (life) on the solid rock of Truth that learn to withstand the storms and find themselves standing afterwards. Not to mention the life abundantly that Jesus invites us into is only found in walking according to His Word.
One last thing before I close out this post — while you may live according to the Word and trust it as your solid authority in life make sure you communicate it in love. There have been far too many who have been harsh to those who don’t adhere to God’s authority and try to demand them to do so. Either that or they have become incredibly judgmental and demeaning. We are called to be salt and light and to “compel” others to Christ. Jesus drew people to Him and they were not the most likely people, were they? If we live God’s Word we should have the same magnetic influence. The Word of God is never intended to be a hammer but rather a solid ground in a shakey world. 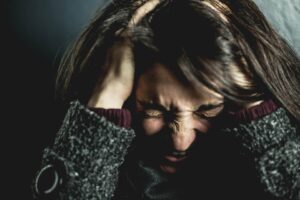 Tool: In the Moment Anxiety Reducer

Many of you know that I’ve struggled with a few[...]

Why Aren’t We Growing?

It was year eight at my current church. We had[...]