In 2 Corinthians 7:10 it states, “For godly grief produces a repentance that leads to salvation without regret, whereas worldly grief produces death.” And for years I’ve wrestled with what this “godly grief” might be. While I’m not sure I yet have a definitive answer, I have discovered a few things about guilt and change. When I was a younger Christian (and a younger person) I remember ritualisticly ending every night with a prayer that went something like this, “…and please forgive me for all my sins, amen.” Somehow I thought that this prayer was a sufficient blanket which covered everything and allowed me to go out the next day and live how I wanted. I since have learned the importance of specific confession as it forces me to recount my day and evaluate myself with God’s standard of right and wrong. I also discovered that merely “feeling bad” about sin was not sufficient to bring about change. Yes, the step of specifically calling out and confessing my sin was extremely important, but it also required an effort of putting myself in less tempting situations, consciously choosing God’s path when the fleshly/sinful path came calling etc. We can talk more about change in another article, however, I’d like to talk about the role of “guilt” when it comes to our spiritual lives.
Guilt can be a powerful emotion and one that prompts some of my earlier behaviors in attempts to “relieve” the feeling of guilt. But I believe God allows guilt to move us forward, to press us towards the right behaviors and attitudes. Guilt involves “changeable” actions or attitudes and can be a great tool for spiritual growth. Shame on the other hand has a different impact. Shame says more about the person/ the identity. I recently read the results of some significant study by Brene Brown which added to understanding. She talked about how when you tell a kid he’s a liar that is a shaming statement that indicates something about his identity. Whereas when you say something like, “it was wrong for you to lie” provides the child the opportunity to grow and change. Shame is essentially pronouncing a judgment on who the person is and practically eliminating any opportunity for change, whereas guilt over the wrong action or attitude can produce change as to no longer behave or act in that way.

This understanding had profound implications on the way we talk to each other and the way we parent. But for us as individuals, we must realize our worth before God and not allow shame to doom us to a life apart from God and apart from holiness. To go back to where this article began, we might say, “godly grief (guilt) produces the opportunity to repent, to turn around and head in the right direction and become the best version of who we are.” The other thing we must remember is that there will be people who attempt to “shame” us, not to mention the evil one, himself, who is in the shame business and while it is likely true we did the wrong thing or were deficient in some way, it need not be who we are. We are people loved and saved by God who at times do the wrong things, things that must be repented of so that we can be transformed into who we were always meant to be. 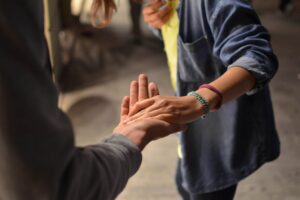 We are created for relationship and we will not grow[...] 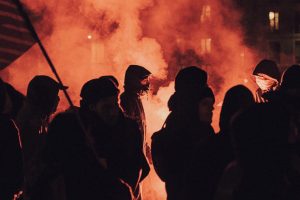 Everyone Hates Everyone, A Word…

I was studying Hebrews 12 this morning and I have[...]