How to Talk to Your Kids about Santa Claus

Home FamilyHow to Talk to Your Kids about Santa Claus

How to Talk to Your Kids about Santa Claus

How do you handle the “Santa dilemma” at your house?

Christian parents seem to be divided into two camps on this issue—those that are okay with their kids believing in Santa and those that think he is a tool of the devil (yikes!)  Here’s a middle ground you might use when talking to your kids about Santa.

When your child has questions about the dude in the red suit at the mall, you might start by saying something like this:  “Honey, families all over the world have legends and stories about a person like Santa Claus, and children love to believe in him.  Santa represents a lot of the things that are good, like kindness, generosity, and fun.”

You can also tell your kids about the real Saint Nicolas, who Santa Claus is based on.  He was born in Turkey, about two hundred years after Jesus.  Nicolas was follower of Christ, and as a teenager he heard about a poor family that couldn’t afford to buy food.  He sneaked up to their house one night and tossed a handful of gold coins through the window. They were overjoyed when they found the coins the next morning, but they never found out who did it.

Nicholas was so thrilled about helping a family in need that this became a regular habit for him. His family was wealthy, so he dedicated his entire life to sharing what he had with others.   He later became a bishop in the village of Myra, and because of his humility was later given the title of sainthood.  Today we know him as “St. Nick,” and some cultures believe he still comes around once a year, giving gifts to those in need.

Of course, we also should also be talking to our kids about how God sent his only Son to take on the form of a human being over 2000 years ago.  Baby Jesus grew up to give his life for every one of us, and we remember his sacrifice at Easter.  Starting at an early age, we can explain to our kids that while believing in Santa is fun, believing in Jesus has eternal value.  A relationship with Him gives our lives true meaning and purpose, and it guarantees that after we die, we will live with Him forever!

Merry Christmas from all of us at Life in Process!

Bill serves as the Director of Family Life at Grace Church in Roseville, Minnesota, and he is passionate about helping families grow closer together and closer to Jesus! Bill's background includes both child and family psychology and Christian broadcasting. He holds masters and doctoral degrees from Rosemead School of Psychology at Biola University in Southern California, and has served at respected institutions such as Children's Hospital Los Angeles, Camarillo State Hospital and the Long Beach Child Guidance Center. Many radio listeners may be familiar with Bill's work for Focus on the Family, where he hosted the "Weekend Magazine" program, the "Family Minute" radio feature and the "Family Insights" TV news segments. Bill is a regular contributor to Thriving Family Magazine and his articles and editorials have been featured in Current Thoughts and Trends, Today's Christian Woman, The Houston Chronicle, The Pittsburgh Post-Gazette, and The Rocky Mountain News. He is co-author of the book Marriage on Trial (InterVarsity Press) and served as general editor of the "Help!" series of parenting books from Focus on the Family. Bill and his wife Lisa live in Blaine, MN, and have three very energetic children.

Many view spiritual activity, church attendance or the addition of new information as spiritual growth or progress. Yet spiritual progress from a biblical standpoint has more to do with becoming more like Jesus, loving others well, reorienting life and priorities etc etc. 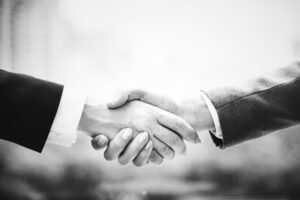 I have been doing a lot of thinking about how[...] 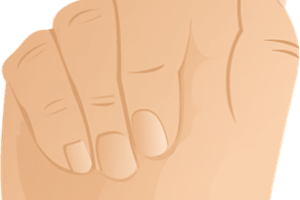 I think most of us have a forgetful streak[...]